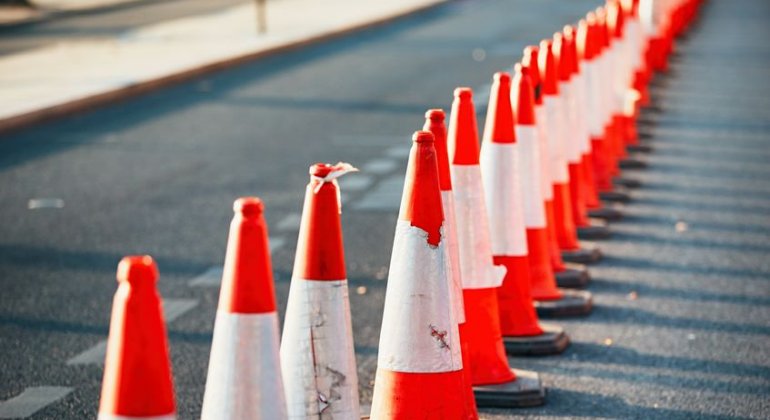 Kildare County Council gives notice in accordance with Section 75 of the Roads Act, 1993 and the Roads Regulations, 1994, that it will close the following public roads:

Dates of closure will be:

The closure is required to facilitate pedestrian and cyclist movement at this location.

Traffic moving south will be diverted along the L2006 (Osberstown Road) to the R407 (Sallins Road) and onto the R445 (Main Street, Naas).

Traffic moving north will be diverted along the R445 (Main Street, Naas) onto the R407 (Sallins Road) and onto the L2006 (Osberstown Road).